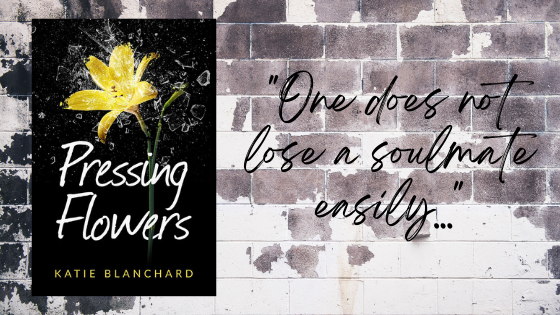 Three years ago, the cruelty of the world robbed her of her husband. Preferring to sleep through the days rather than face her reality, Miriam has yet to begin the grieving process.

Emma Woods is not one to sit idly by while her daughter wallows and neglects her duties as a mother. She's done it long enough. Hoping to encourage her eldest daughter to rejoin the land of the living, she offers up an ultimatum.

Miriam can either start taking action to heal as directed in her mother's to-do list, or she can forfeit custody of her daughter.

With a fix-it sister as her ally, Miriam begins to start talking about that fateful night, but will the memories threaten her progress?

Reviews from Goodreads.com
PROLOGUE
It is ultimately the silence that wakes me when the quiet isn’t what I’m supposed to hear. A massive ache in my gut is telling me something isn’t right, and a quick swipe to the left of me confirms it.

Ben isn’t home. My husband has been gone for three hours. I must have fallen asleep after he left. I’ve been drained with Penelope sick.
Go lay down. I’m going to take a ride with Amelia.

Now, he isn’t answering his phone. I leave Penelope with my mother-in-law and let my car steer onto the road. I know which roads he takes, his preferred route to just drive when he wants to think. I will simply retrace his steps. He must be out of cell phone service with a flat tire, not uncommon in this country town.

The radio is low, but I leave it on. The silence would be too much; the gnawing feeling in my chest is screaming too loud. I try Ben’s cell phone again. No answer. Come on, Ben, pick up. Pick up, please. Again. Nothing. And that’s when it happens.
I drive around the bend in the curvy road and catch sight of flashing lights. I scan the area, desperate for something that will disprove my gut. There’s a blue car in the middle of the road. I’m no good with car names or types, but I know it isn’t Ben’s. Thank God. Police car. Police car. Firetruck. Ambulance. No.

Mangled in a tree off the side of the road, I see black. Black SUV. License Plate. HMV-9876. Dammit. That does me no good. I don’t know his license plate number. I don’t even know my own. Who remembers their license plate number? It can’t be his. I would know. Something inside of me would click, right? This is probably what delayed him, this accident. The battery on his phone must have died, and he took the long way home, that’s what happened. I start my three-point turn, sure to find the route Ben must have taken, when I see it.

An Ozzy Osbourne sticker in the upper left corner of the back window of that black SUV that can’t be Ben’s. No. My heart drops. The world is standing still at this moment, but everything is moving fast. I throw the car in park, bolt out the door. I notice the EMTs working around a tree fifty yards from the SUV. A cop is running toward me but I reach the driver side before he can catch me, and there he is.

Ben. He’s slumped over to the right, and his face isn’t visible, but I know him anywhere. I know every part of his body. I’ve cataloged every inch, and that is his neck, his shoulder, his shirt, his ear, his blood. The chill in the October air cuts through me, and I fear I’ll never be warm again.

I’m able to reach in; the window must have been down. On closer inspection, I see it was busted. No. This is awful. I gently shake him. “Ben! Ben!”
“Ma’am, I’m sorry but you can’t be here. Please, go back to your vehicle.” The cop is firmly pushing me toward my car. He thinks I’m here as an onlooker, just a rubberneck gawker who stumbled upon the scene, but he is wrong. I’m involved. I’m the reason.

“Like hell I will! That’s my husband!” I shout.  I’m battling him, every muscle in my body is combating his guidance. I stare now, into his eyes, letting him know I mean business. Ben tells me I have the meanest eyes when I’m mad and, I use them on the officer now. I’m met with no resistance behind them, just wide eyes and an open mouth. His hand goes slack against my upper arm, and I use it as my chance to break in the direction of the SUV again, not allowing myself time to comprehend what those tragic eyes mean.

“Ben! Ben!” He isn’t moving. He must just be unconscious. He’ll be okay. He’s just unconscious. “Ben, you’re going to be okay.” I’m stroking his hair; it’s matted with blood, the usual softness gone. In fact, he is covered in blood. Oh, God. I see it inside his ear, in his hair, his neck. Where is it coming from? “Where are you hurt, Ben? Where is the bleeding coming from?” I’m searching him over, trying to find a wound to explain all this blood, and the horrible feeling in my stomach hits me again.

I place my hands on the edge of the driver’s window and hoist myself halfway inside. The glass cuts me, and I jump back. The pain hardly registers as the blood pours over my fingertips and drips down to the earth. “Ben!” The officer is back again, pulling me away from the vehicle.

“Come with me, ma’am.” The tone of his voice has changed. He is no longer the officer demanding the gawker to go away now; he is softer. I hear the training in his voice; this is the part where he delivers bad news. This is his voice for it.

“NO!!” I shove his arm down. Shouldn’t I be arrested by now? This is assaulting a police officer, is it not?  I run from him. I run all around the vehicle, catching sight of the damage. The massacre. The front of the car is crumbled in, pushing upwards to the heavens. The side by the tree is bent in, the car shaped like a U. Everything is bent, broken, or scratched badly. What happened here? I run my hand over the side fender just before it meets the tree and find a flower stuck in between the metal. I pluck it from the carnage prison and hold it tightly in my hand. The blood from my cuts soaking the petals. I can’t get into the passenger side.

The officer catches up with me and is no longer gentle, he roughly grabs my upper arm and pulls me away. He is successful, dragging me against my will, but the need for answers causes me to fight. I yank him backward, throwing him off balance in a game of tug of war with my body as the rope.
“Ma’am, you need to come with me. Now!”

“Ben?” Half-heartedly I call out, hoping my husband will perk up and respond, tell me what has happened and that he’ll be okay. “Will it all be okay?”
“I…” He is at a loss for words, but he needn’t have them.