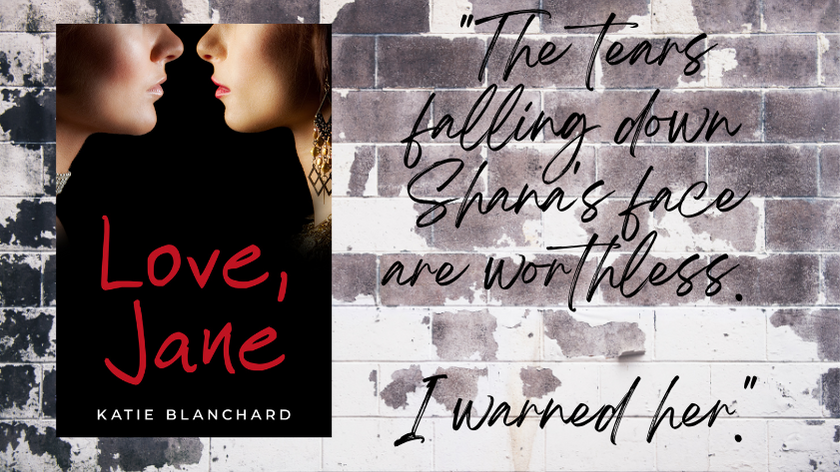 Jane longed for security, something her childhood never afforded her. She found it and love being Stewart’s wife. When she hired Shana to help him with his stress, though, Jane found out that sometimes inviting a stranger into your home means they never leave.

Tossed out of her home and marriage penniless, while Shana sleeps in her place, Jane’s first experience in the world outside of the safe mansion is a brutal attack from the driver who took her away. With the maniac responsible for the attack still at large, picking new victims while stalking Jane, her new life is about hiding.

Jane takes on a new identity with help from the cop who saved her life, but she’s still not sure she can trust him─ his past tangles with Stewart. While the cops hunt for the attacker, a run-in with Shana exposes a secret of Stewart’s that could bring a new madman on Jane’s tail– Stewart. Danger or not, it’s hard to turn away from someone in need.

Can Jane help the mistress that ruined her marriage? Will her attacker find her before the police find him? Is he closer than everyone thinks?